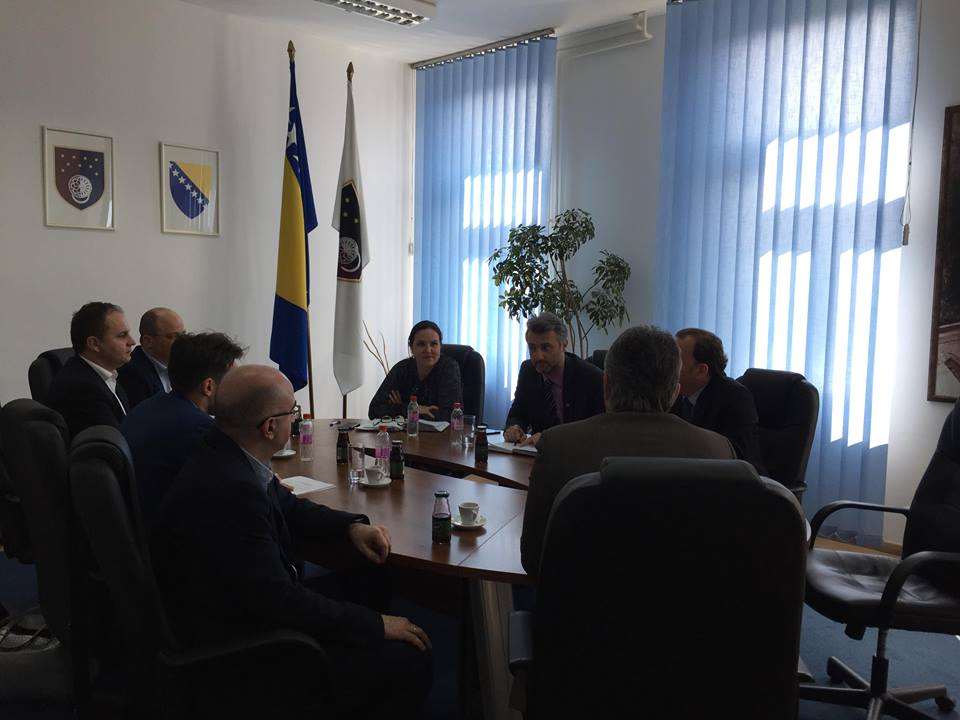 They discussed potential aspects of mutual cooperation between AmCham BiH and the newly appointed Government of Canton Sarajevo.

During the meeting the work, vission and mission of the AmCham BiH has been briefly presented to the Prime Minister of Sarajevo Canton and the Minister of Economy, after which three main AmCham BiH initiatives were emphasized as possible joint actions.

In the field of the ICT sector a particular accent was placed on the initiative of establishing an information society office at the Canton level. The Prime Minister Mr. Forto gave a positive opinion regarding this initiative, after which it was concluded that the establishment of such a body in the public sector is of utmost importance, and so in the upcoming period it will be one of the joint initiatives of the AmCham BiH and the Government of KS.

Gentlemen present agreed upon the second initiative, that an ethical and harmonized business in the market in BiH is a priority, and that an ethical clause should be created. AmCham BiH for the next meeting will prepare such a clause, which demands companies to work in the standards of compliance and ethics. This should result in a way that compliance business will become a competitive advantage.

The third initiative regarding the health care sector in BiH should be operated in the second quarter of the work of the newly appointed Government of KS.

The AmCham BiH members of the Board of Governors and the Prime Minister of Sarajevo Canton Mr. Edin Forto, and the Minister of Economy Mr. Haris Bašić agreed to meet next time in June, following up on activities and further steps.