Home News Meeting of the U.S. Embassy in Bosnia and Herzegovina and AmCham BiH representatives

Meeting of the U.S. Embassy in Bosnia and Herzegovina and AmCham BiH representatives 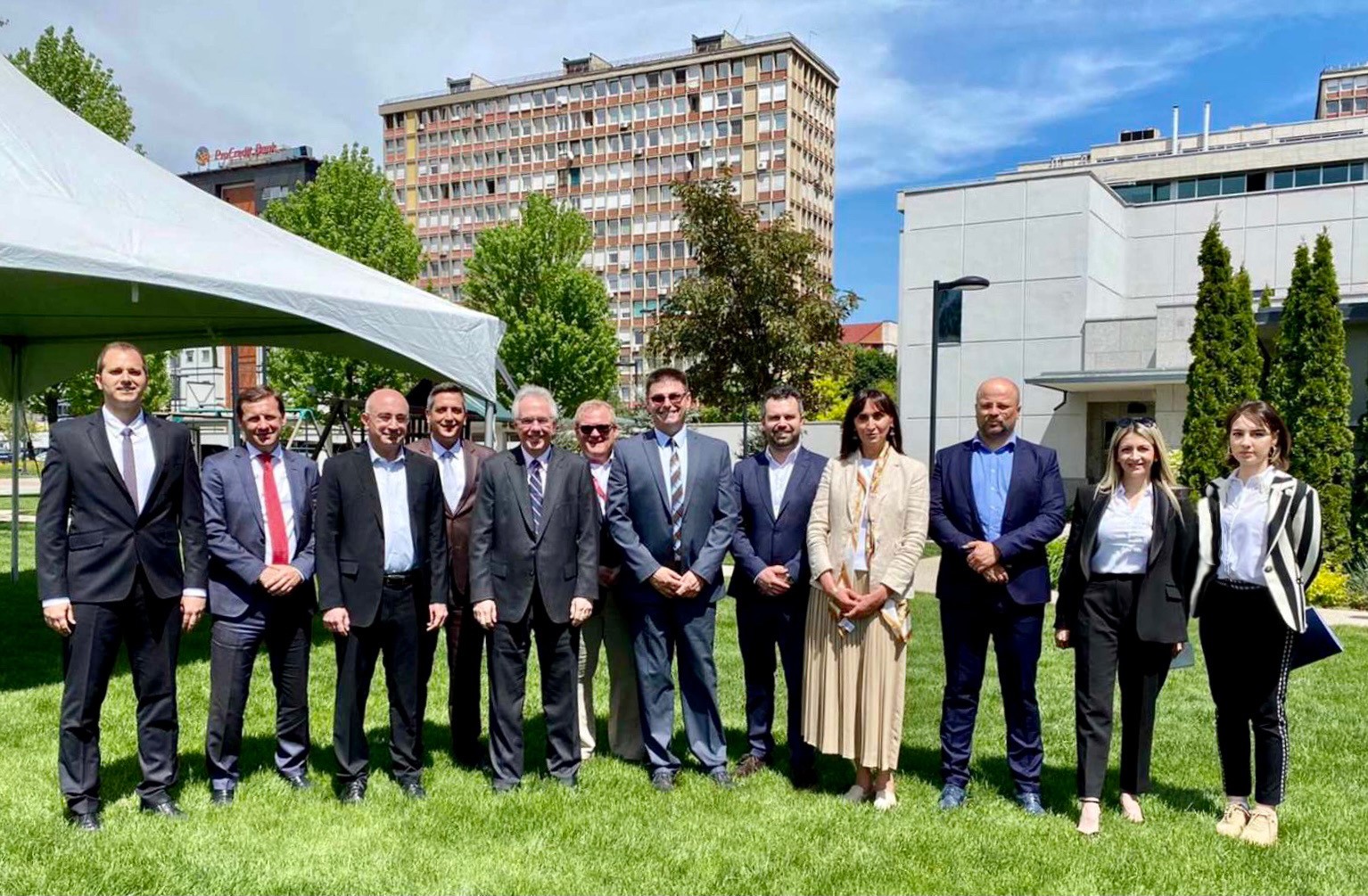 On Friday, May 20, 2022 a visit to the U.S. Embassy in Bosnia and Herzegovina was held, where members of the Board of Governors of the American Chamber of Commerce in BiH (AmCham BiH) along with AmCham BiH representative Mr. Nedim Hamzić met with Ambassador Michael J. Murphy, Mr. Ryan Miller, and Mr. Edhem Branković. Board members, Amina Karić, Boro Mioč, Mirad Maglić, Nadina Hodžić, Omar Krivošija, Damir Dizdarević, Admir Drinić and Siniša Adžić presented their companies and sectors in which they operate.

At the meeting, the present Board and representatives of AmCham talked with Ambassador Murphy about the work of the committee of which they are a member, presented Leader Roots program that is starting in May, and outlined the challenges they face after the pandemic in BiH business market. The topic of conversation was also the advantages of digitalization of the public sector, ie. digitalization of operations, increased productivity and agility, easier cooperation between departments and most importantly - increased transparency and reduced corruption. The ideas of improving the public sector were also presented, which will ultimately affect the increased competitiveness between private companies. It was also pointed out that the real sector needs policies that will support business development.

The conclusion of this meeting is that the priorities are to use, retain and improve the young and talented workforce, start with the digitalization of the public and real sector, and unite and implement anti-corruption strategies.

We thank Ambassador Michael J. Murphy and the U.S. Embassy in Sarajevo for organizing this meeting and the opportunity for dialogue on key topics, and we look forward to meeting again.