The American Chamber of Commerce in BiH (AmCham BiH) on Tuesday, July 6th 2021 held a General Assembly at which new members of the Board of Governors were elected. We also presented the activities and plans for the next period.

At this year's Assembly, based on the AmCham BiH Statute, Amina Karić was elected as the President of the Board of Governors.

"Our activities aim to strengthen all pillars of AmCham BiH's existence, namely: active advocacy for change, holding high-quality events and webinars, investing in young BiH leaders and connecting with Chambers at the European and world level. The Board of Directors, with all its resources, is continuously working on these activities and we are glad that this work results in a larger number of members, but also their greater engagement and interest to actively contribute to the development and strengthening of the Chamber, " said Mrs. Karić. 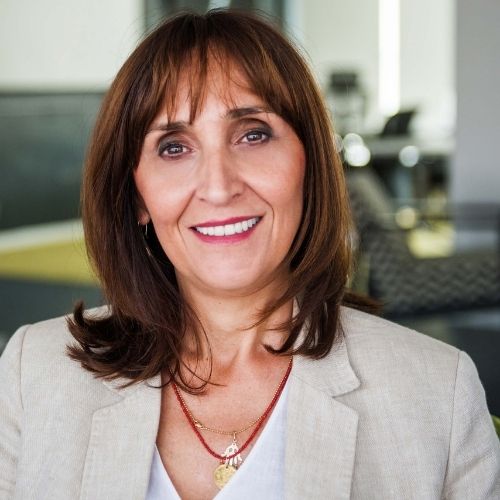 The partnership with the US Embassy in BiH is very important, both for AmCham BiH and for all its members. During the introductary speech, the U.S. Ambassador to Bosnia and Herzegovina, H.E. Eric Nelson, thanked for the continued successful cooperation and congratulated on the achievements of AmCham BiH, including increasing membership and activities related to strengthening the committee and developing new projects.

During the last year, from the last Assembly, 22 new companies have become the members of AmCham, and now we count over 100 members who employ about 30,000 people in Bosnia and Herzegovina. We are proud of the fact that quality work and commitment attract new companies from various industries, whether american, international, regional or local, especially considering that the Chamber operates as an independent, non-profit and non-governmental organization.

With the support of the members of the Board of Governors, the specific and expert committees of the Chamber encourage interaction between the business community and competent bodies at all levels of government with the aim of creating dialogue in drafting laws and providing support in their implementation. Our current emphasis is on advocating for changes related to e-signature, digitalization of processes, establishment of a regulatory framework from the point of view of compliance and ethics, improvement of the health system and many others.

In addition to the work of the committee, one of AmCham BiH's most significant long-term projects is the establishment of a program for young leaders based on a combination of highly professional, motivating lectures and case studies, which together should build leadership skills and empower individuals who want to make a difference in their organizations.

The Chamber has set significant goals and together with the members we will work hard to achieve them, and we believe that this year is a turning point in the work of AmCham BiH. It is symbolic that this year we are celebrating the 20th anniversary of the Chamber in BiH.