Home News Together with its members, AmCham BiH supported the Eco Challenge

Together with its members, AmCham BiH supported the Eco Challenge 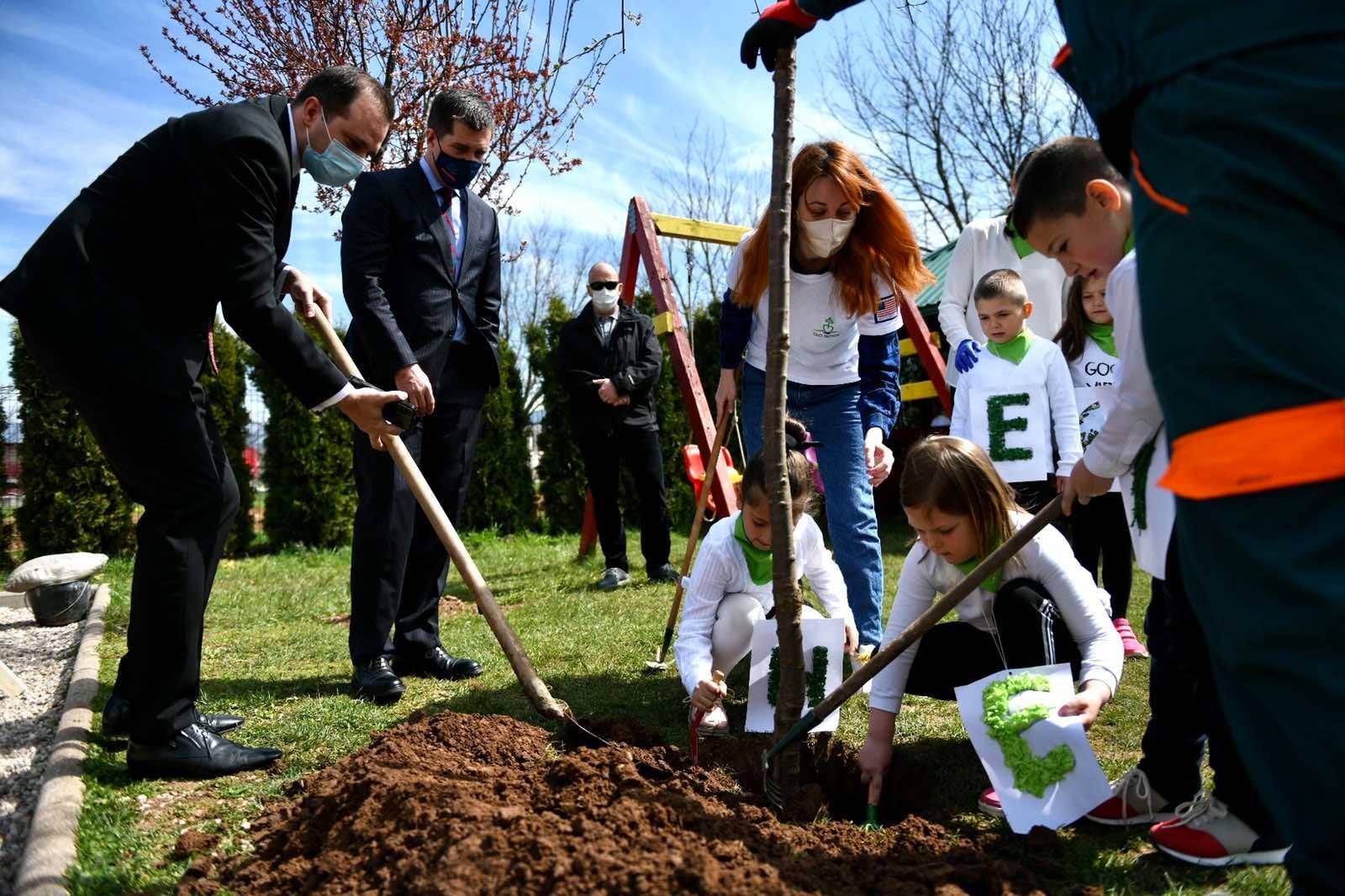 Our Secretary General Nedim Hamzić joined  U.S. Ambassador to BiH, H.E. Eric Nelson in celebrating Earth Day during the central planting event in the kindergarten "Mašin svijet"  in East Sarajevo. Together with children and volunteers they planted a Japanese cherry seedling in the backyard of the kindergarten.

Many thanks to our members who supported the activity (Comtrade System Integration, Tropic, ZIRA, Express Courier ltd. ASC for UPS and NLB Banka AD Banja Luka) and who were united in a joint mission to make Bosnia and Herzegovina even more beautiful. Also we want to thank the Association "Ruke" for their initiative called "Eko Izazov - Učinimo svoju zemlju još ljepšom", and for their continuous efforts to raise awareness among citizens with such actions.

AmCham BiH and its members will continue to support similar activities in the future because we believe that in this way we fulfill our mission as well.