Legal insight in the latest business developments: An Interview with Emina Saracevic from Saracevic & Gazibegovic Lawyers

A significant number of updates, changes, and amendments to the legal framework of Bosnia & Herzegovina spells out a very strong positive direction that the country is moving in, according to Saracevic & Gazibegovic Lawyers Partner Emina Saracevic.

“There are two main things that have ushered in an air of hope and sense of betterment, when it comes to the political situation in the country,” Saracevic begins. “The first is the recent amendments to the criminal code of BiH that has created a more strict framework regarding the denial, support, or downplaying of genocidal crimes, crimes against humanity, or war crimes.” The second, she says, is the arrival of the new High Commissioner, Christian Schmidt, that is poised to “work on strengthening of progressive streams in the country and the EU path it finds itself on.”

These two events are key, Saracevic says, to “curbing regressive ideologies that are hampering social prosperity and are dragging down the socio-economic and business climate.” She hopes that this will encourage young professionals to stay in BiH and work on improving the status of the local economy.

Furthermore, Saracevic says that this recent political enthusiasm has also contributed to an improved tourism season. “Recent data indicates that June of this year saw an uptick of 231.7% when compared to the same period of last year. The tourism sector has benefited greatly from the proper usage of national parks, historical monuments – most of which are UNESCO protected – and cheaper prices than those in the EU.”

Also, Saracevic says that, in addition to staple sectors such as the wood industry, there have been other positive movements of note. “The IT sector has seen a staggering growth when it comes to exports, increase in income and the number of workers, all the while being relatively low-maintenance in terms of investing and developing,” she says.

“A new Bankruptcy Act has been ushered as well,” Saracevic says “which has introduced numerous changes seeking to improve the legal framework in this area.” According to her, restructuring has been introduced with these recent changes, and the “Financial Information Agency is authorized to commence it should a legal entity face over-indebtedness.”

Additionally, Saracevic says that a new Accounting and Auditing Act has passed. “The new act seeks to improve this area, improve the certification procedure for professionals, and further streamline the legal framework.” However, she says that the act has not dealt properly with the issue of outsourcing of accounting services outside of the country, “which has caused concerns among a number of subsidiaries of international corporations present on the market.”

Saracevic attributes a lack of major transactions to the ongoing global pandemic of COVID-19. “Still, it is worth noting that the German retail chain Lidl has entered the market and that H&M has expanded its business as well,” she says. “Additionally, starting from October, Wizz Air Abu Dhabi will expand its air flight network to Sarajevo as well and Optima Group has asked for regulatory approval to enter the market.”

Finally, talking about infrastructural projects, Saracevic mentions Corridor 5C, the pan-European transport project that goes through BiH. “The EBRD has authorized an EUR 12.6 million grant for a portion of the project, at the beginning of August,” she says. “Also, it is very important to note that the Securities Commission has finally been changed and that the commission will finally resume its work. After two years, some 400 businesses waiting for important decisions on corporate matters, and hundreds of millions of BAM locked up in capital – the deadlock is set to end,” Saracevic says, adding that all it takes now is for the Parliament to make this decision final. 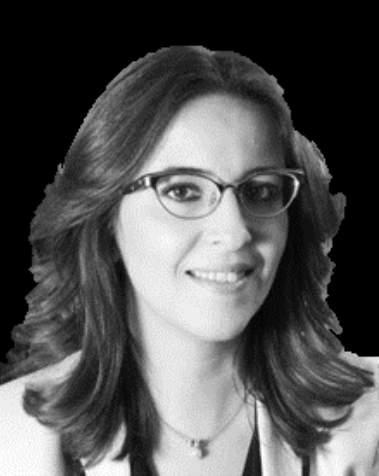 Lawyer from the "Saracevic & Gazibegovic Lawyers"